Autonomous vehicles and artificial intelligence stand at the front of the topics addressed by universities, research organisations and technological companies worldwide as transportation is entering a new era. The seminar Mobility as a service and autonomous vehicles-trends and developments in EU organised the 7th of February by the Tallinn University of Technology the Estonian Research Council, the Permanent Representation of Estonia to the EU and the City of Helsinki pointed at the main aspects that lead the discussion. 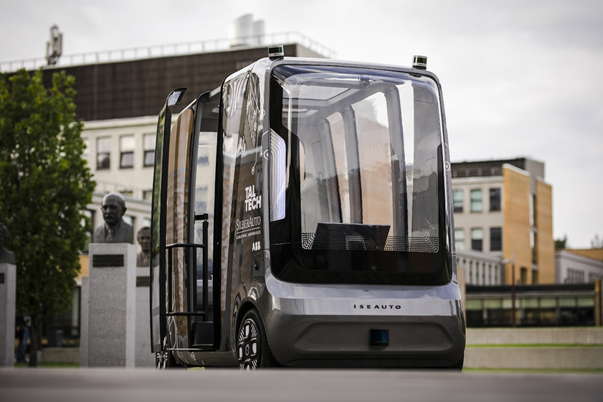 Dr. Adrian Venables from TalTech pointed during the seminar at cyber security for connected and autonomous vehicles as one of the main issues that need to be redefined as fast transition to smart mobility happens and cars are more vulnerable to cyber-attacks than ever. He suggested designers, engineers and retailers to undertake a series of principles to combat security risks at all levels and highlighted that systems must be secured throughout lifetime.

Biagio Ciuffo, researcher at the EC Joint Research Centre, made clear how fast the conversion into new ways of transport have been in the last 5 to 10 years. However, models such as bike-sharing and car-sharing, for example, are still unprofitable and, therefore, new business model needs to be rethink.

Ride-hailing services, such as Uber, are also said to be a reason for higher congestion in urban areas. Initiatives such as the FABULOS Future Automated Bus Urban Level Operation Systems project, presented by Jaana Kokkonen from the Helsinki EU Office, are seeking break ground solutions to applied self-driving technologies into public transport systems. Alina Koskela, Special Adviser from the Finnish Transport and Communications Agency, also presented on the integration of new mobility systems in the Finish Transport growth programme 2030 and the role of open traffic data.

The event, funded by the European Regional Development Fund, was held as part of the Science Week at the European Parliament (5-7 February 2019). This European initiative is organised by the Panel for the Future of Science and Technology, Joint Research Centre (JRC) of the European Commission, and the European Research Council.

Science week at the European Parliament